This is a gift done for Lore Morb that I just HAD to make, after falling in love with the everything, in a... an entire goddman week.
"Running on pure mania" as they say. As I said. This doll was created in a manner that I have never done before, meaning I had no idea what the hell I was doing!

-[DESCRIPTION: with the bony head of a condor, a bobbing ponytail sits atop. the pakaquoia wears a dark grey cloak with two floppy legs sticking out. The cloak has white trim on the bottom and red pattern of an eye around it. the doll is detachable at three points- head, cloak, and body. In doing so it creates a bobble-head sort of effect.]- 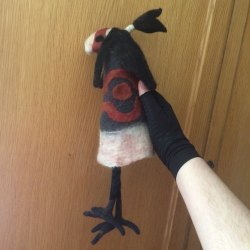 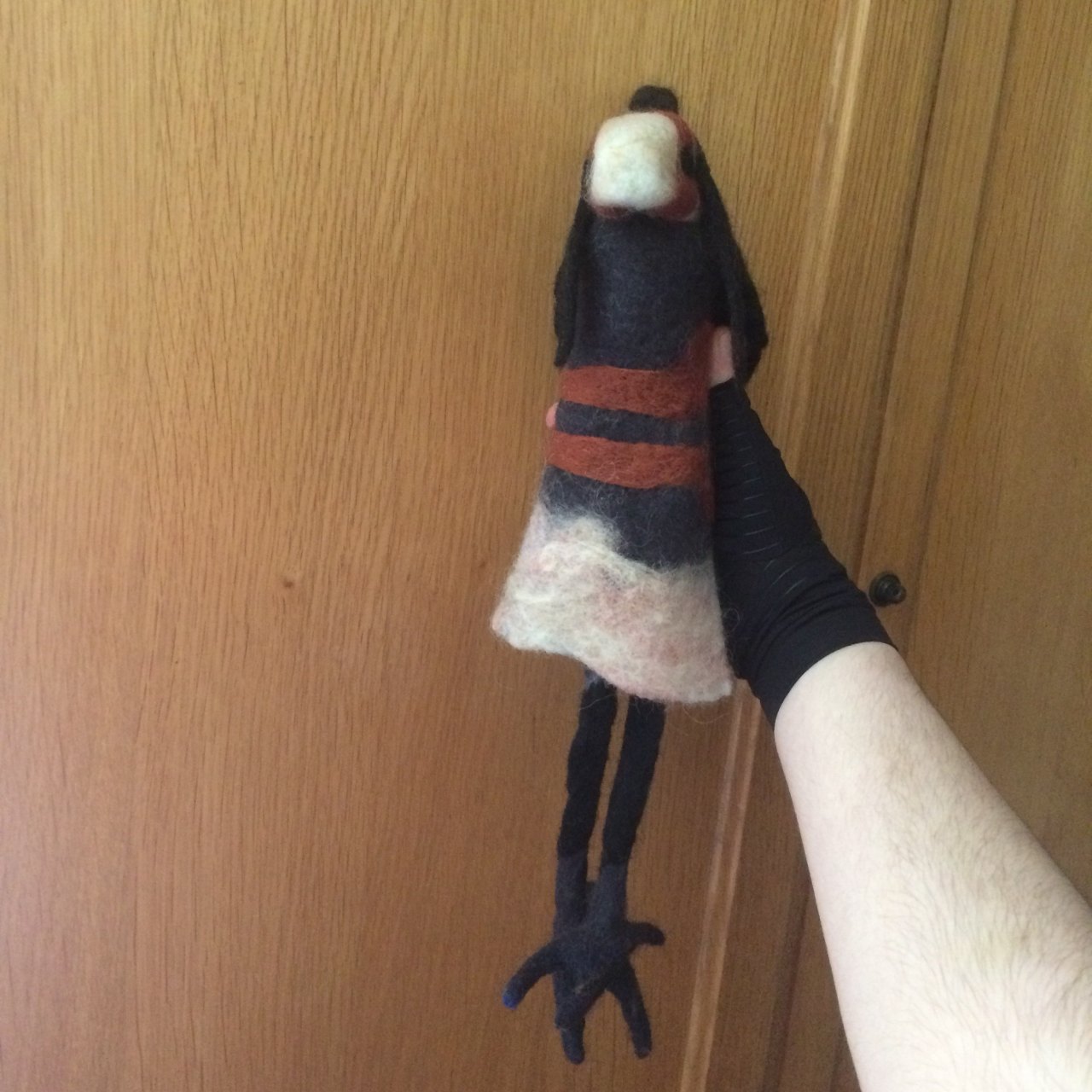 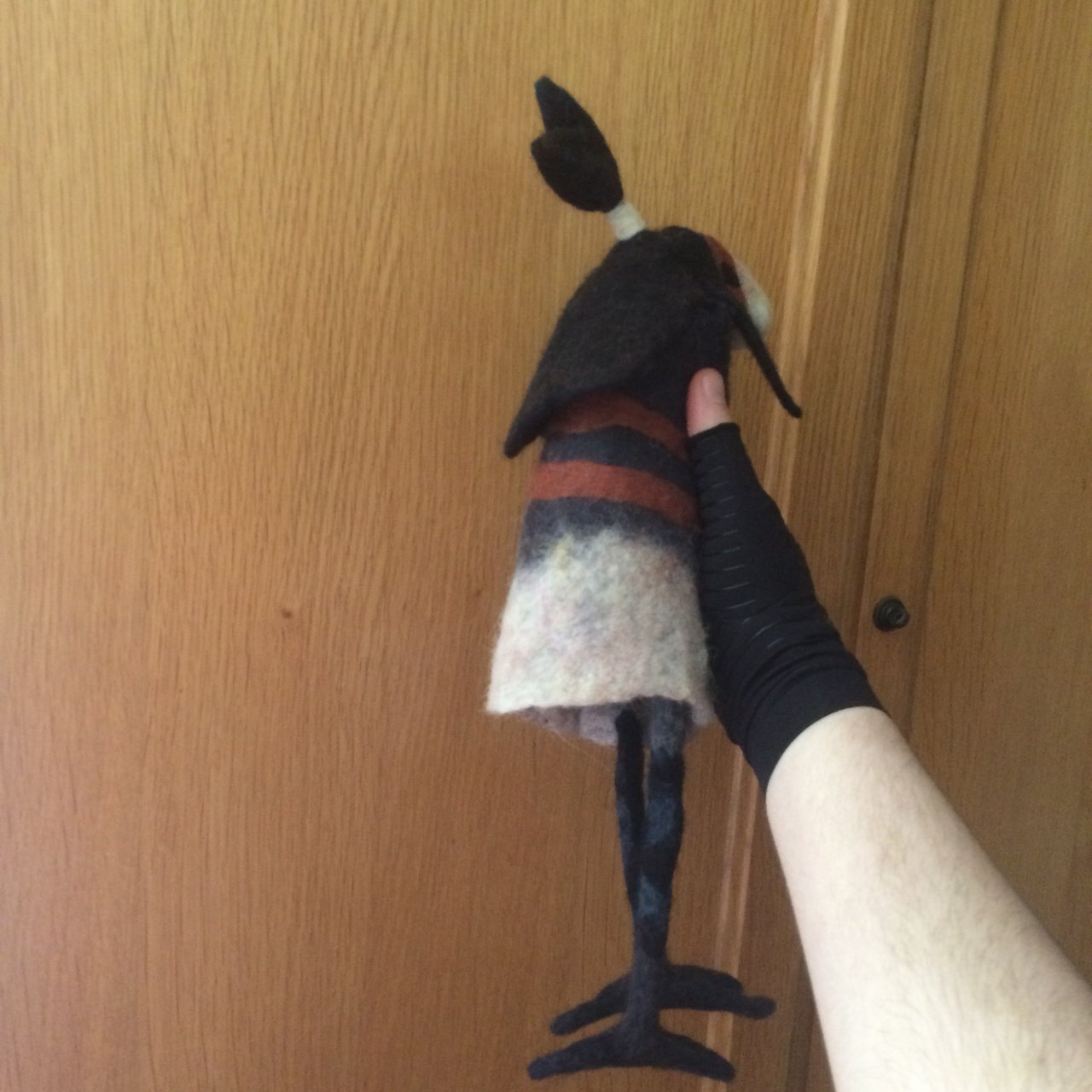 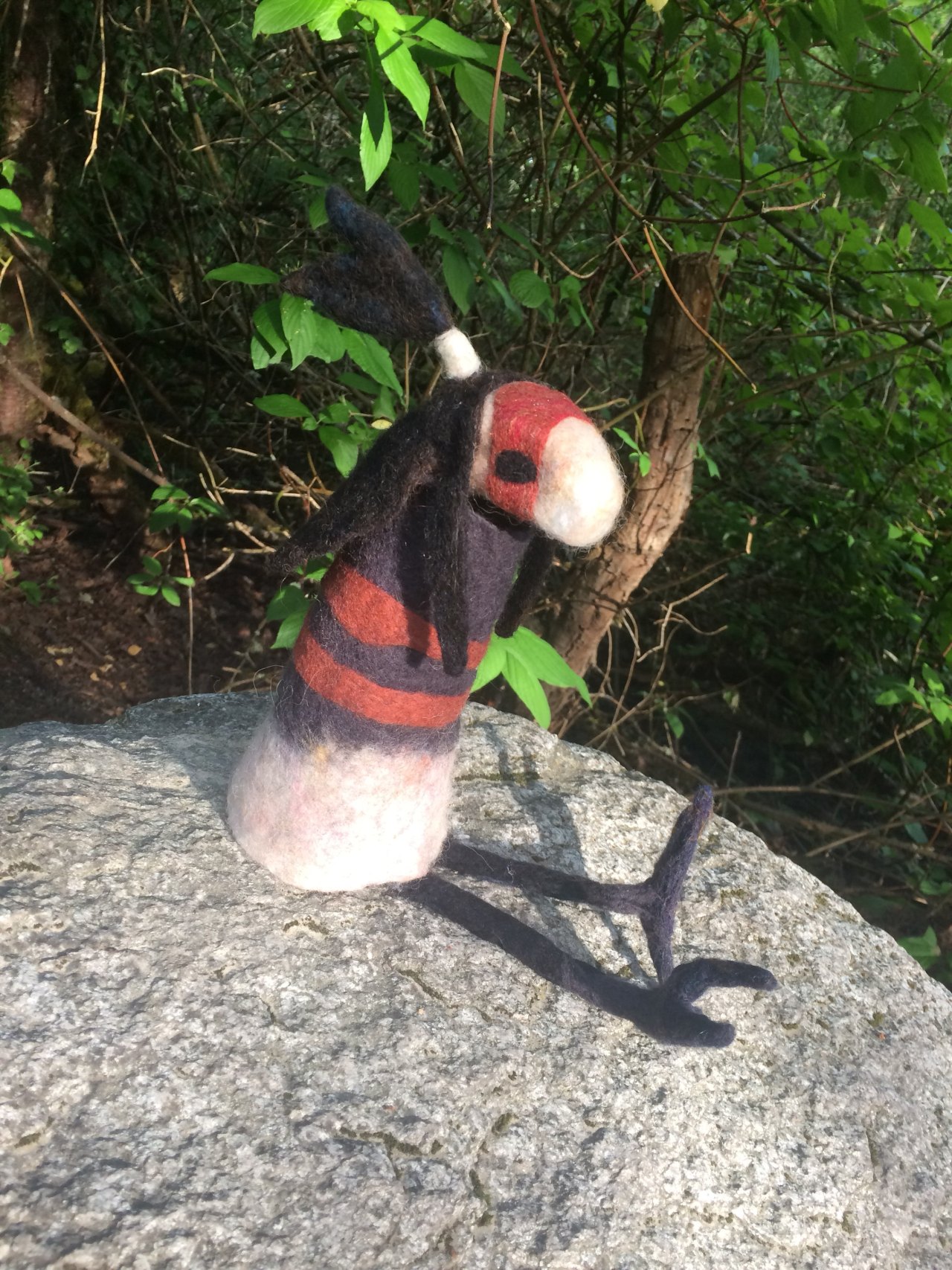 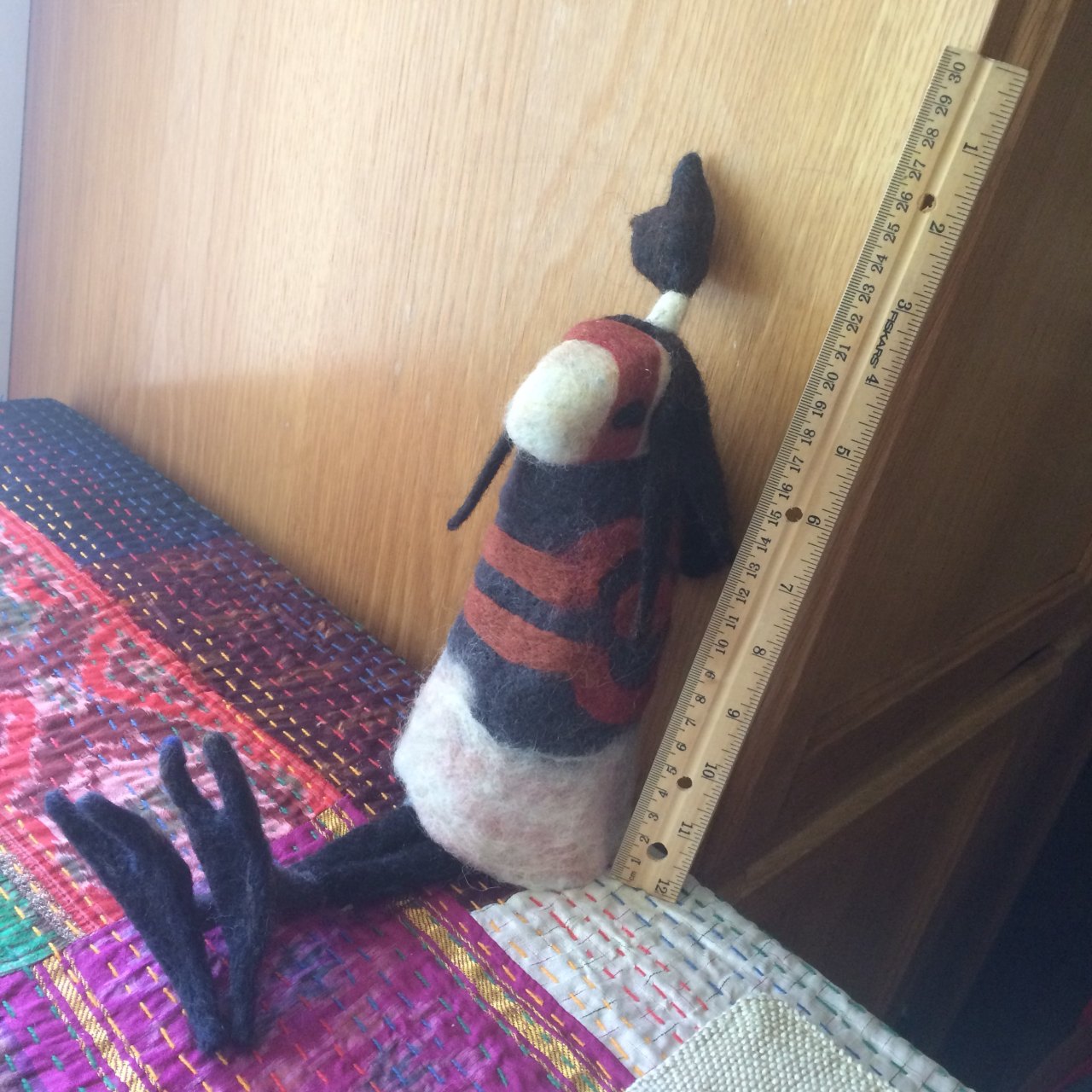 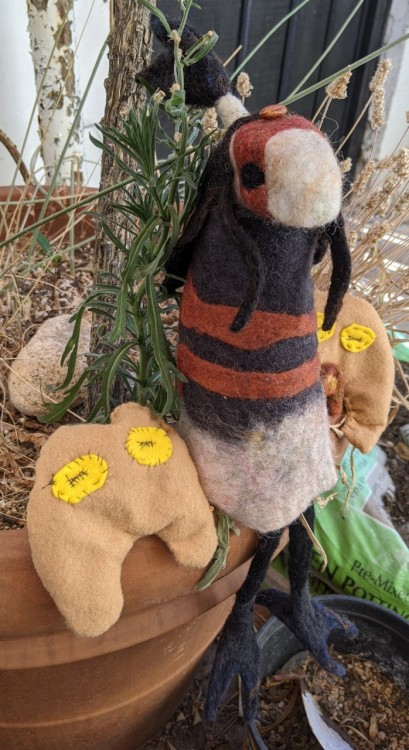 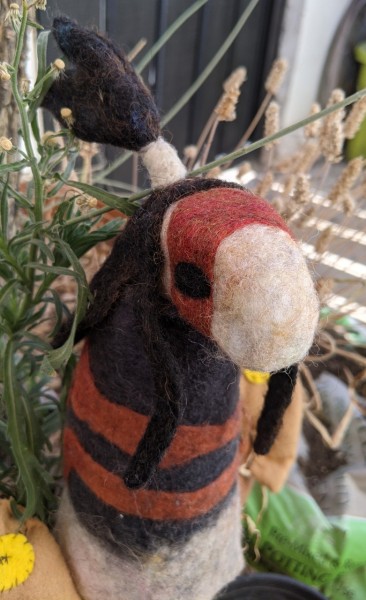 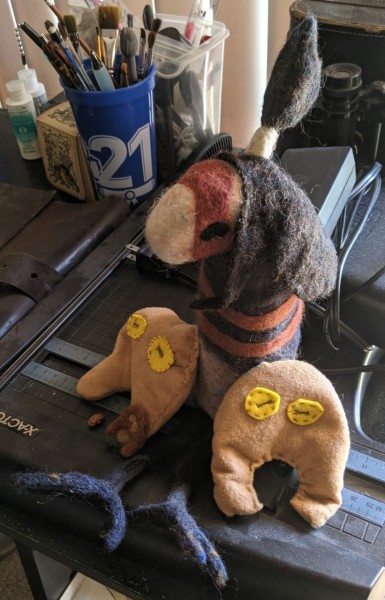 (The two.5 fellas besides were bonuses. May Her powers lay dormant for our sake.)

NOW heres the technical stuff where I do nerd talkings: 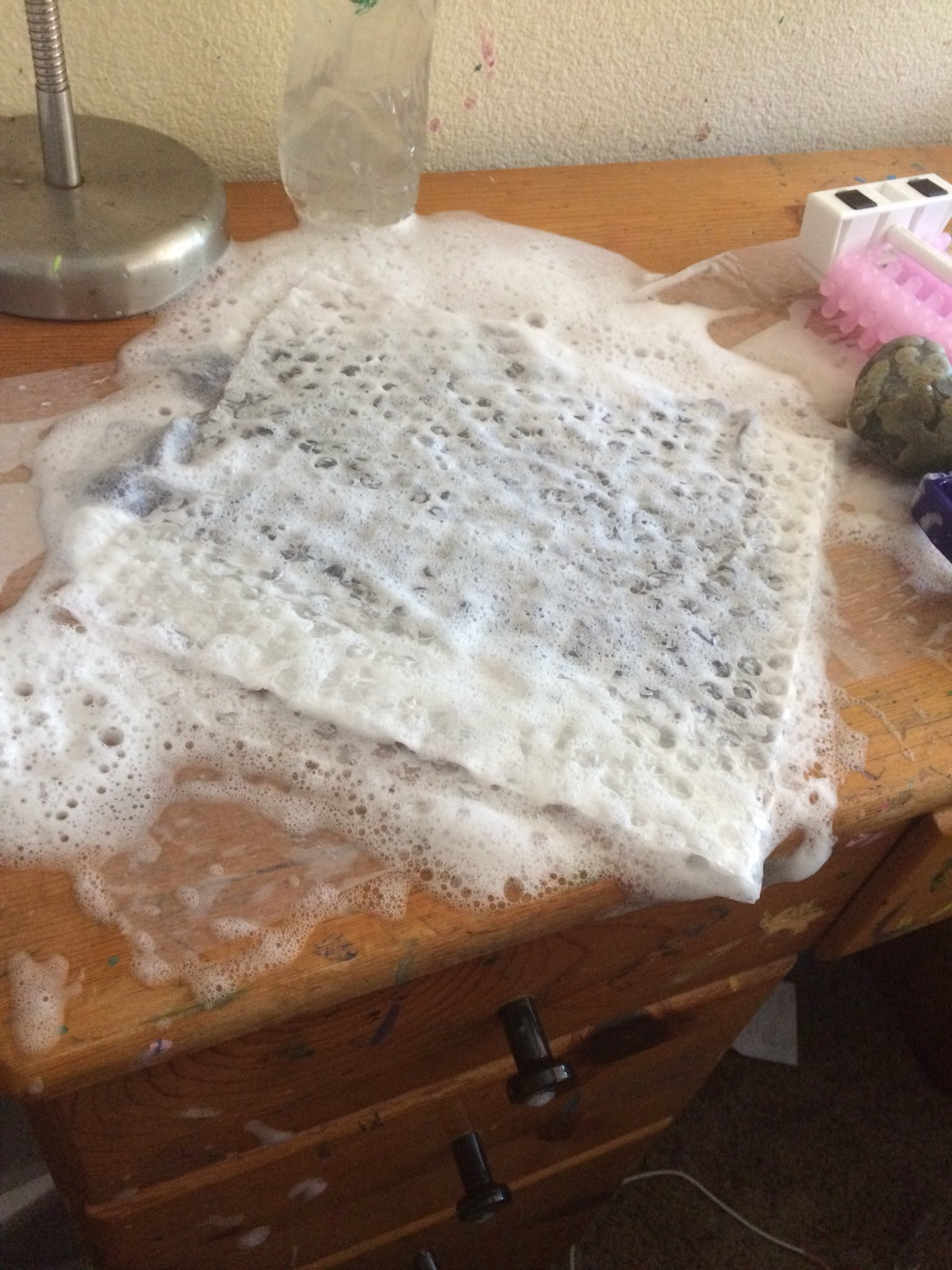 So much like anything being born into this world, things start out wet. I began a tile with wettings of the cloak piece.
After getting a good firmness of the wool I begain to roll. And roll. A lot of rolls. The rolling causes shrinkage.
The shrinkage draws the fibers closer together, giving both strength and thickness to the tile. Makes it harder to chew in the mouth. 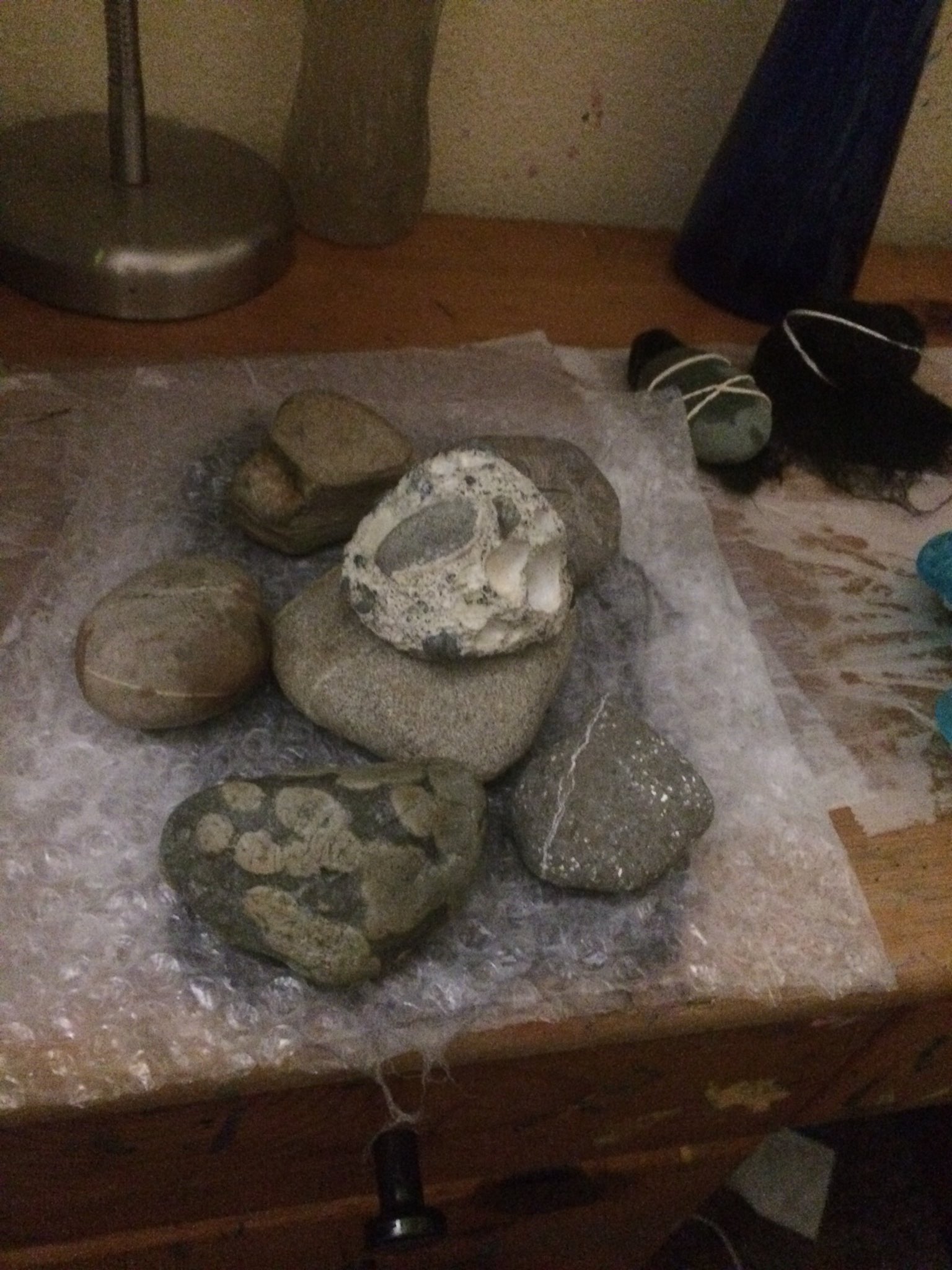 While i get to working on other parts, if theres a tile that isn't ready to dry yet,
I'll just stack some random stones I've found. Those are some good stones.
To the side you can see some of the "hair" I have bound to more stones. The stones give shape. 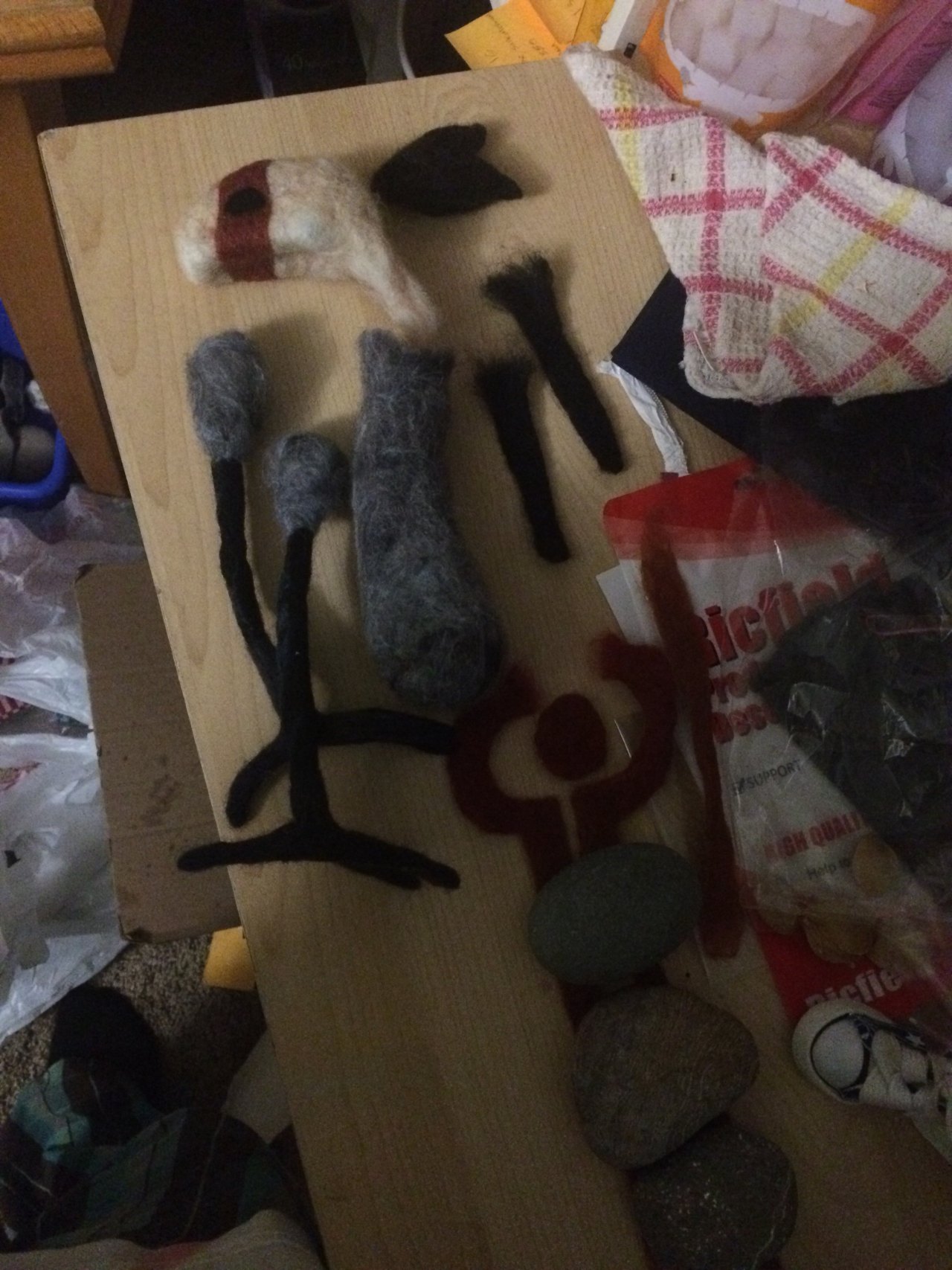 Later on i was able to create most of the other parts to then assemble together as one. (FEAT: my messy, messy work area) 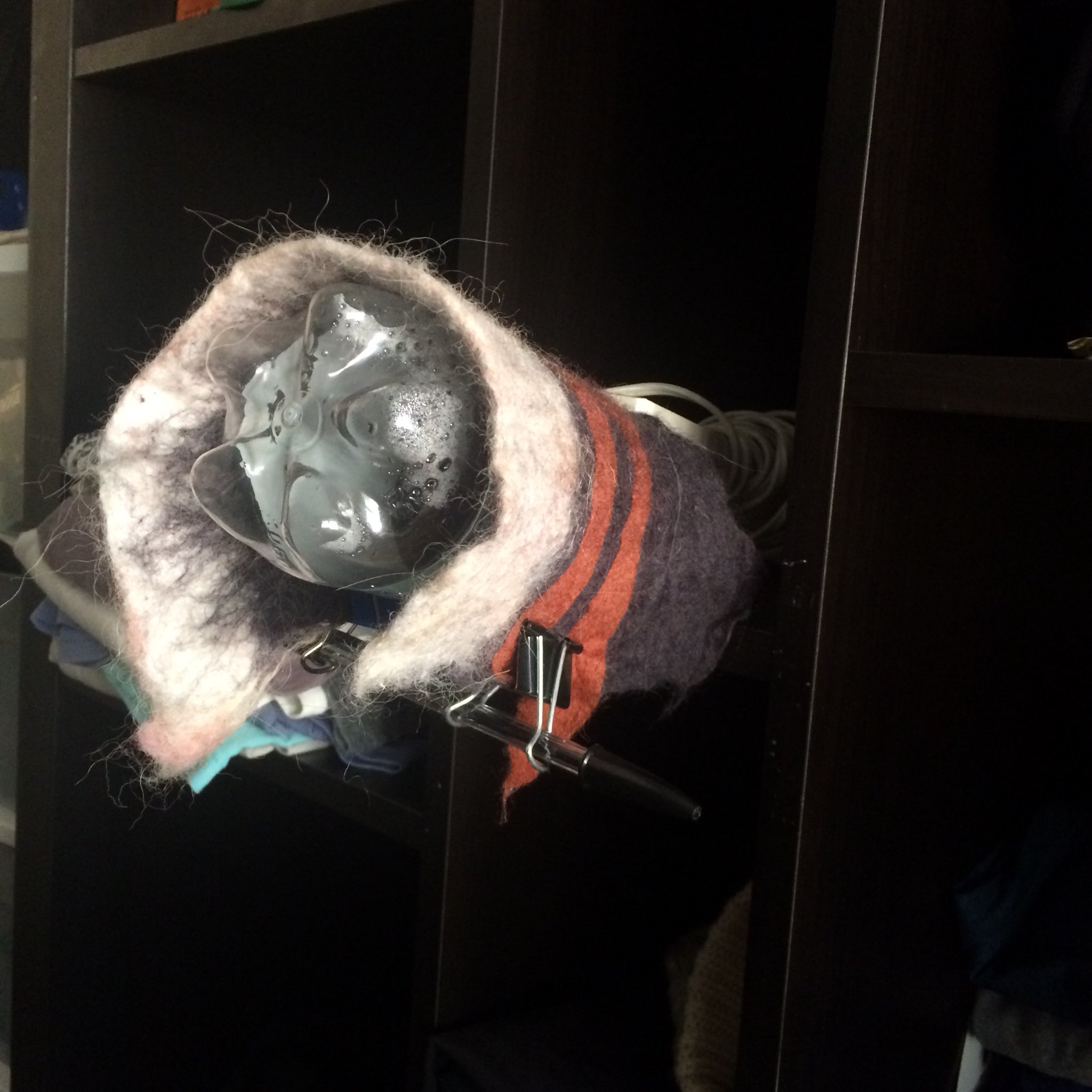 Now I needed to get to the "tube shape" of the cloak, but first I had to ease the fibers into getting used to being curved.
And the method for that was to uh. Use whatever I had lying around and construct a doohickey. Sometimes I would tie a weight to really put pressure. 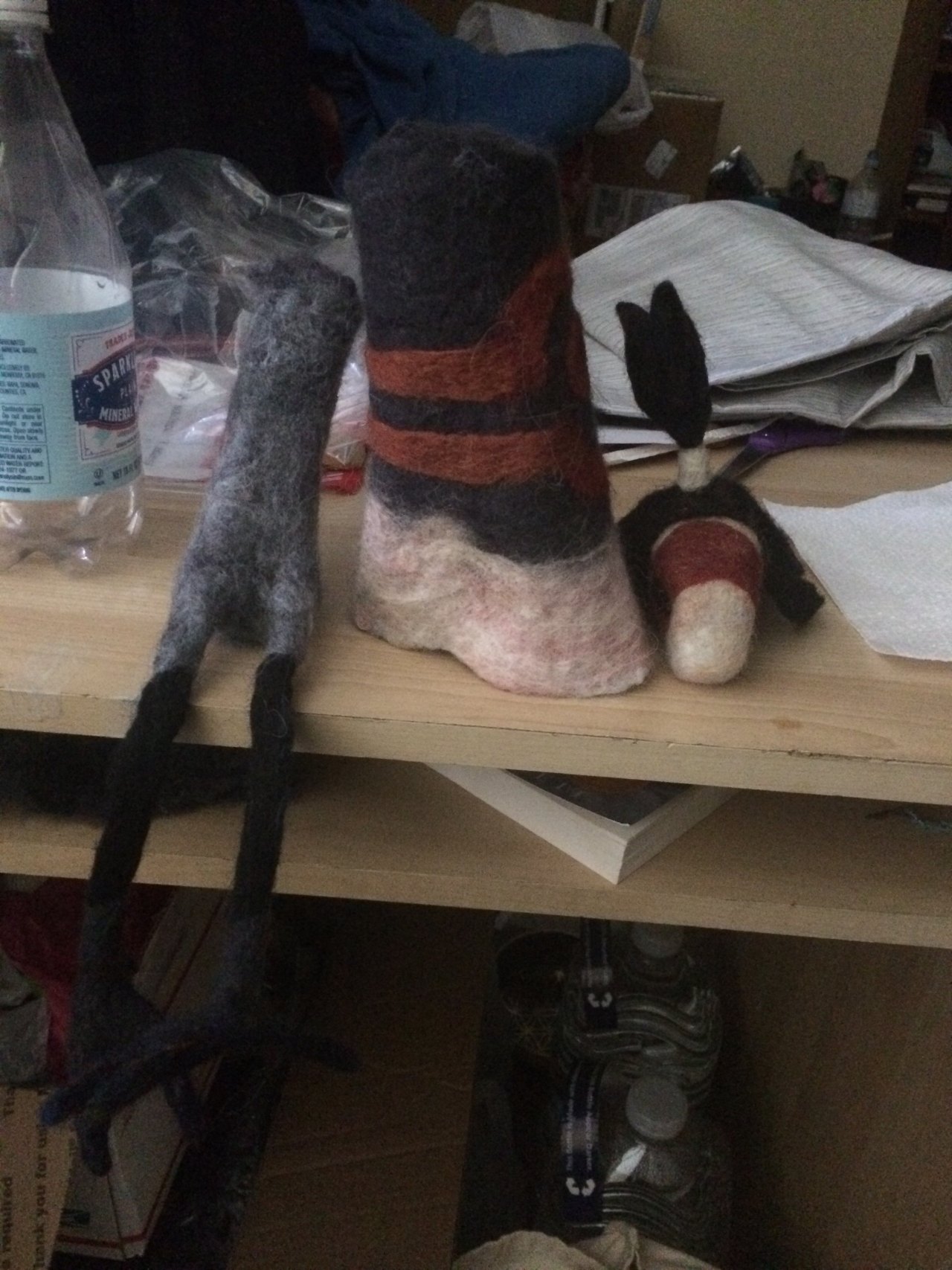 With the three main components put together, head, body, and cloak- Was I finally able to put in the finishing touches:
The Beans...
I put beans in the hollow cavity of the body.


AND THEN I threw it all the way to lorimound borimund. Instead of to the wall.
The doll is able to reach a foot in height, weighs as much as a loaf or two of seedy bread. Drinks all your milk. Is a very sweet boi. 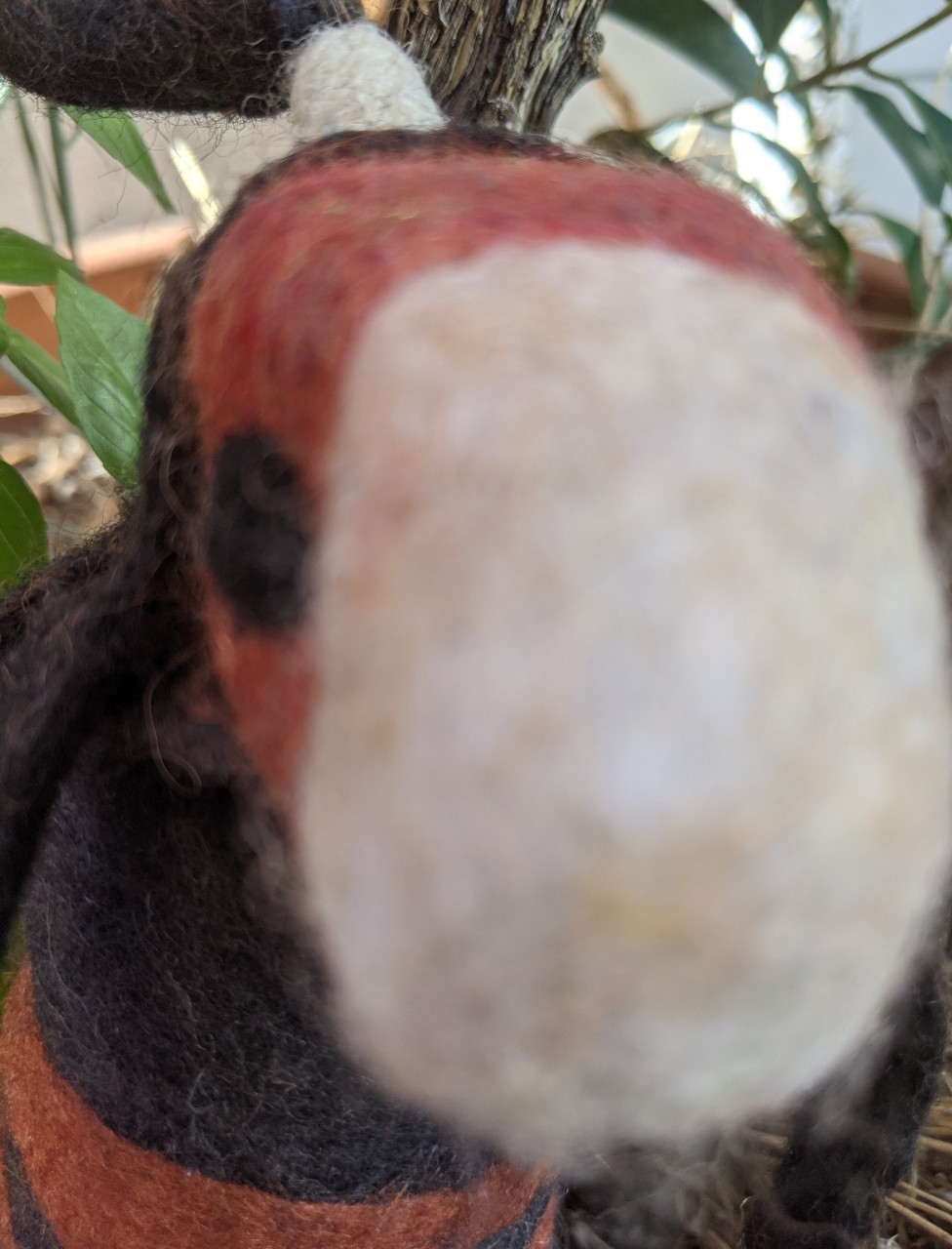